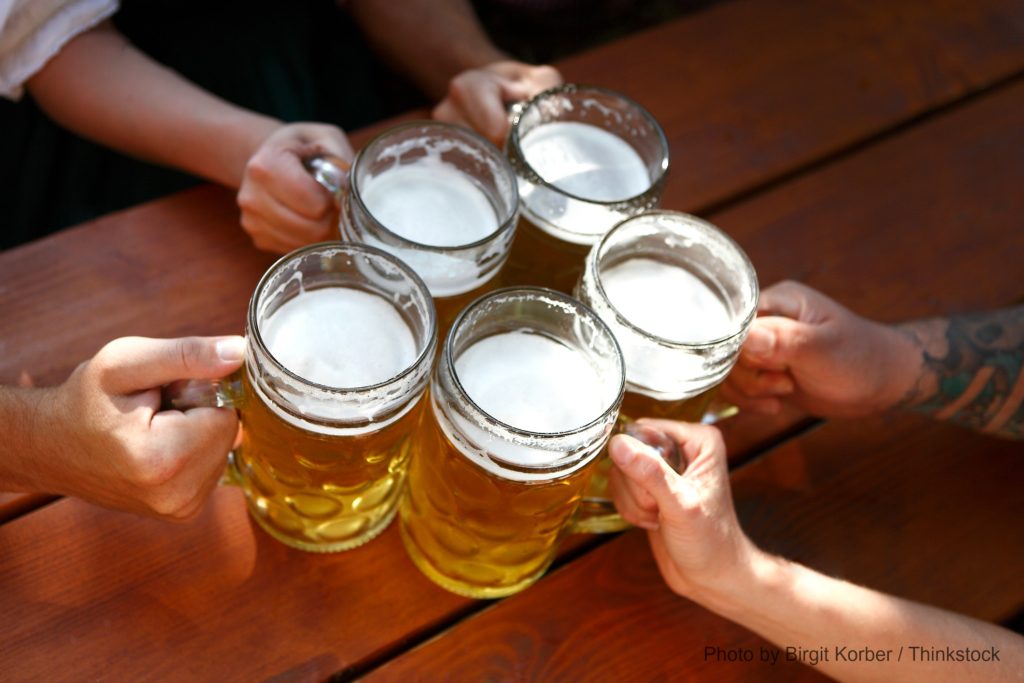 Craft beer enthusiasts will find a place to taste the best of Baltimore at the Pratt Street Ale House. (You can find all our recommendations for our favorite things to do in Howard County in our free area vacation guide!) Pratt Street showcases local, craft beers in a historic setting that just can’t be equaled.

Built in the late 1800s, the buildings along Pratt Street served as homes to merchants who wanted to live near their portside businesses. As the times changed, so did the buildings’ purpose. In the 1940s, for example, the building housed the Pratt Furniture Company.

The first hints of Pratt Street Ale House might’ve arisen when the building housed its first bar and grill in 1980, P.J. Crickets. In 1992, P.J. Cricketts changed into the Wharf Rat, a brewery producing in-house beer for more than 20 years.

Oliver Breweries, the talent behind Wharf Rat and its brews, has become Baltimore’s longest-running brew pub. And now the building that has been home to some of Baltimore’s favorite bars now houses the city’s best ale house and brew pub, Pratt Street Ale House, one of only a handful of Oliver Breweries distributers.

Pratt Street Ale House is simply the best brew pub in the city. A great happy hour, a lively nightlife scene, and awesome pub food like burgers and pizza round out the atmosphere. When the game is on, Pratt Street’s the most fun sports bar in town. The friendly, knowledgeable staff will help you feel comfortable and help you choose your next pint.

Some menu highlights include Southwest Spring Rolls, Loaded Cheese Fries, Wings and Buffalo Bites. But being a Baltimore brew pub, the menu wouldn’t be complete without some local fare.

We recommend the PSA Pretzel with Crab dip for an appetizer. But if you’re looking for a full meal, the Crab Cobb salad, Crab Flatbread, Chicken Chesapeake (also in sandwich form), and Crab Cake will all pair nicely with Baltimore beers.

Oliver Breweries was born in 1993 in the basement of Wharf Rat in downtown Baltimore. The Olivers brought over the original brewing equipment from the U.K. in hopes of creating authentic English ales right in Baltimore.

Since 1993, Oliver Breweries has crafted hundreds of beers and carved out a place for themselves in the heart of the city. Learn more about the Oliver Brewing Company on their website.

Make the most of your next trip to Baltimore and Howard County by downloading our free area vacation guide. Stay with us at the historic Wayside Inn in Ellicott City and you’ll be conveniently situated near Baltimore and Washington DC, with the charm and quiet of a historic B&B. Plus, our  will give you the energy you need to tackle a day of sightseeing!