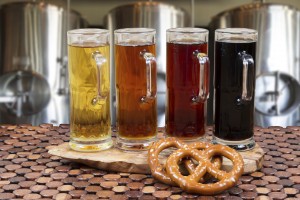 This great nation of ours offers a plethora of wonderful places to visit. Each city and town provide something new and exciting to see – and taste! If you’re a beer lover, you’re in luck. Maryland has several places to taste local offerings, including the following Baltimore breweries.

The Union Craft Tap Room, located at 1700 Union Ave. in Baltimore is located in the Woodberry neighborhood, a historic little area in Baltimore. This brewery opened in 2012 and has since become a top place to taste local brews. The atmosphere is very relaxed, you may often find a food truck outside for you to grab a quick bite to go with your beer. It’s also open every Saturday for free tours, so you can catch a glimpse of how they make their own popular brews, including, Duckpin Pale Ale, Altbier, Blackwing and Anthem, all of which are year-round.

Ellicott Mills Brewing Company is located just around the corner from The Wayside Inn. This locally owned and operated brewery features hand-crafted micro brews and uses only the finest hops, wheat, barley and other ingredients. In addition to simply walking in and having a nice beer, you can also attend a brewing class or a gather a few friends for tasting party, although these offerings are by appointment only. Ellicott Mills features 8 micro brews on tap, offering something for every beer lover. In addition to the hand-crafted microbrews, Ellicott Mills Brewing Company also offers burgers, ribs, seafood, salads and more. Hint: The Bavarian soft pretzels are great with a house-made brew!

Other Baltimore breweries to try:

As you plan your trip to the Baltimore/Washington, D.C. area, please be sure to download a copy of our FREE Vacation Guide. It contains a variety of information on things to do and see while you’re here, including great restaurants and breweries!

The Wayside Inn in Ellicott City would be happy to serve as your home base during your stay. We offer six beautiful guestrooms and a delicious breakfast each morning.