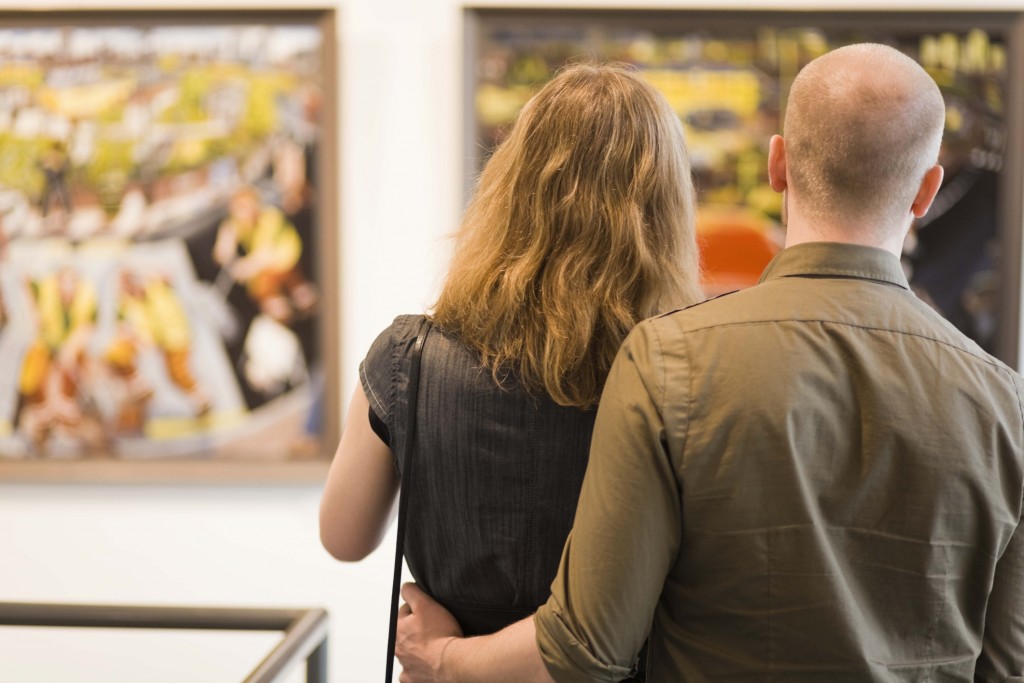 The Walters Art Museum is located in downtown Baltimore’s historic Mount Vernon Cultural District at North Charles and Centre Streets. At the time of his death in 1931, museum founder Henry Walters left his entire collection of art to the city of Baltimore. Its collection includes ancient art, medieval art and manuscripts, decorative objects, Asian art and Old Master and 19th-century paintings. The Museum Store offers distinctive gifts, jewelry and books based on the museum’s collections.

Visit the Walters Art Museum for walk-in tours, musical concerts, a family drawing workshop, shopping in the Walters’ Museum Store and drop-in art activities during the holidays.
Plan to see Pearls on a String: Artists, Patrons, and Poets at the Great Islamic Courts, exquisite works of art that celebrate the imagination, innovation, and cultural history of India, Iran, and Turkey. Also explore Gérôme and His Circle: Travel, Art, and Business in the Middle East, a new perspective on the relationships among French artists, dealers and elite Ottoman patrons.

Pearls on a String: Artists, Patrons, and Poets at the Great Islamic Courts

In a fascinating exhibition of artworks created for the Islamic elites of centuries past, this exhibit will shed light on the historic empires that ruled the Middle East in centuries past. The exhibit’s webpage explains:

Through January 31, 2016, the Walters Art Museum will present Pearls on a String: Artists, Patrons, and Poets at the Great Islamic Courts, the first major exhibition to focus on these influential and often charismatic individuals.

The free exhibition features more than 120 works including paintings, calligraphy, textiles, ceramics, and jeweled luxury objects. Dating from the 16th to the 18th century, these exquisite works of art were created in historic India, Iran, and Turkey, a vast geographic area that extends from the Bay of Bengal to the Mediterranean Sea.

Gérôme and His Circle: Travel, Art, and Business in the Middle East

This exhibition continues to illuminate the formation of the Walters Art Museum collection, and pairs perfectly with the ongoing exhibition, From Rye to Raphael: The Walters Story. Here’s what you can expect from Gérôme:

Curated by Jo Briggs (18th- and 19th-century art) and Amy Landau (Islamic and South Asian art), Gérôme and His Circle explores the movement of people, art, and ideas between Europe and the Ottoman Empire in the second half of the 19th century. Through 17 works from the collection, this exhibition in the museum’s Level 3 manuscripts gallery presents a new angle on the relationships between French dealers and artists and elite Ottoman patrons, whose taste for art depicting the people and places of the Middle East and North Africa was shared by collectors in Europe and United States, including William T. Walters. The two main themes of this exhibition—personal relationships and travel—are illuminated by drawings from Walters’ albums, an impressive Ottoman Turkish helmet owned by Gérôme, and exquisite 19th-century enameled glass inspired by medieval Egyptian examples.