The Most Unique Things You’ll Find at Fell’s Point 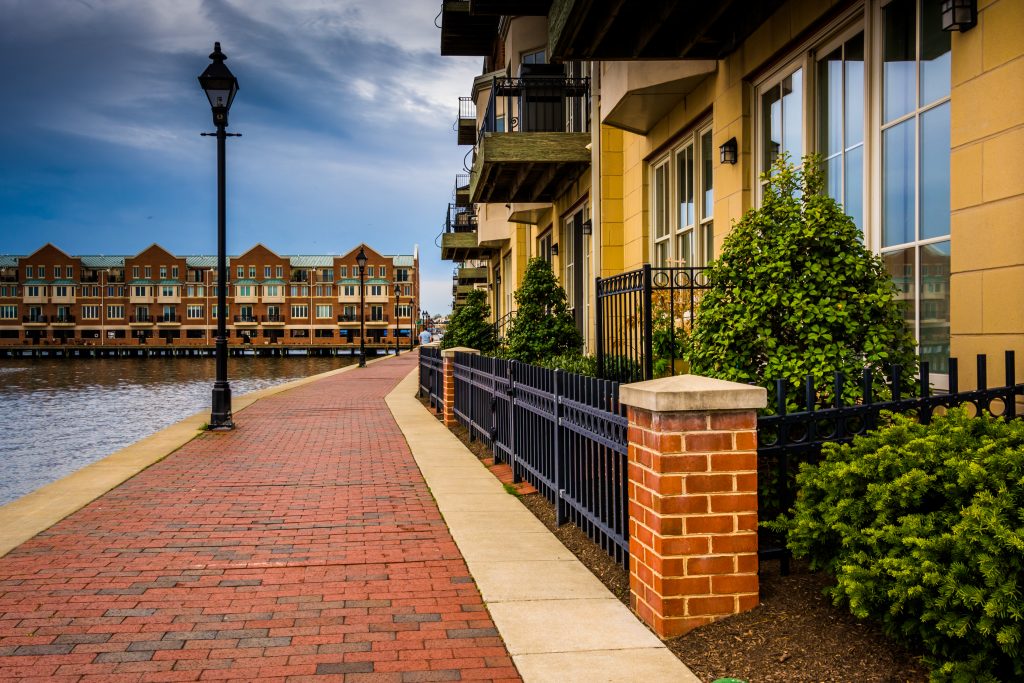 Homes on the waterfront in Fell’s Point show off the vibrancy of the neighborhood.

When you think of Baltimore, the Orioles and the Ravens may come to mind. Or maybe The Wire. Or for literary types, Edgar Allan Poe. And of course, the Inner Harbor. Fell’s Point is one of those waterfront communities that outsiders might not know by name, but that has shaped Baltimore into the city it is today.

Fell’s Point was named for the English shipbuilders who founded a company there in 1726. What was the birthplace of Baltimore Schooners is now a lively waterfront community. At Fell’s Point, you’ll find a constant nod to and celebration of the nautical history that has defined Baltimore for centuries.

One of the main draws to the Fell’s Point neighborhood is its looks: not much has changed architecturally since it was founded! Not only can you see the vestiges of the past, you can dive right in by touring the 18th- and 19th-century homes and storefronts.

Back in the day, most of these buildings were boarding houses, brothels, and bars. That makes for some interesting history and ghost tours, for sure.

You can learn about the architecture and tours at The Preservation Society’s Visitors Center on Thames Street.

One of the most noteworthy buildings is the Robert Long House, built in 1765, the oldest surviving home in Baltimore. The Robert Long House connects visitors with the life of an ordinary man working on Baltimore’s waterfront in the 18th century. Today you can tour the first-floor parlors (by reservation). The second floor is home to the Preservation Society.

The Saint Patrick Catholic Church (founded in 1792, current building completed in 1898) was damaged in a 2011 earthquake but reopened for Mass on Ash Wednesday in 2012.

If you want a taste of authentic Chesapeake Bay cuisine, you’ll find it at Fell’s Point. Oysters on the half shell, fresh seafood, from pubs to fine dining—it’s all here. One-Eyed Mike’s is great bar food. Thames Street Oyster House is classic and elegant. And  is one of the best is one of the best desserteries in all of Baltimore.

As a national heritage site, the Frederick Douglass-Isaac Myers Maritime Park celebrates African American maritime history. Here you’ll learn all about Frederick Douglass, one of Baltimore’s most influential and continually relevant historical residents, from his life as an enslaved child and young man and beyond. The park’s other namesake, Isaac Myers, was a free-born African American who became a national leader.

Ever heard of the Chesapeake Marine Railway and Dry Dock Company? You will after visiting the park, and you’ll have much more insight into Baltimore’s African American community as it was in the 1800s.

In the interactive displays and historical artifacts, you’ll learn about Frederick Douglass’s life and work on the Baltimore docks—he even purchased his first book a block away!

Films on the Pier run through the end of August.

The Fell’s Point Fun Festival runs from September 30 through October 2.

We’d love to host your next Baltimore visit here at the nearby Wayside Inn. Download our free Ellicott City vacation guide to help you plan your stay!