Top 4 Places to Visit in Maryland that are Near DC 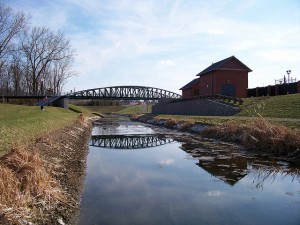 Exciting attractions, natural beauty, and rich history await you in Maryland and the Washington, D.C. area. With so many things to do and see, we compiled a list of the top 4 places to visit in Maryland that are near D.C.

Baltimore’s famous Inner Harbor is about an hour’s drive from Washington, D.C. It’s also a short 30-minute drive from the Wayside Inn, making for an easy day trip into the city. Whether you like to soak in a bit of history or simply want a night out on the town, there is plenty to see and do at the Inner Harbor.

The Baltimore Harbor has played a huge part in the city’s growth and evolution. It has been a major seaport since the 18th century and was once the nation’s leading shipbuilding site. In order to bring visitors to the harbor, major attractions were added through the years to the waterfront area, beginning in the 1970s with the Maryland Science Center and the Baltimore Convention Center. Harborplace, a shopping, dining and entertainment complex opened in the 1980s, followed by the National Aquarium, which today is the city’s top tourist destination.

Other attractions in the Inner Harbor include Oriole Park at Camden Yards and Baltimore Ravens Stadium. Not to mention that within a few blocks of the waterfront, there are a multitude of restaurants, museums, shopping areas and additional attractions, making the Inner Harbor a great destination for couples, families, school groups, and more.

The C&O Canal was built along the Potomac River to provide a route to transport coal from the Allegheny Mountains. It stretched from Cumberland, MD to Washington, D.C. The canal was used heavily from 1831 to 1924, but it was abandoned after damaging floods in 1924 and 1936. The canal sat idle for many years before becoming recognized as a national monument in 1961 and then a national historic park in 1971.

You can access the canal via six Visitor Centers along the route. The access point in Washington, D.C. is located close to the John F. Kennedy Center for the Performing Arts. The next closest access point is at Great Falls Tavern in Potomac, MD, about 13 miles from D.C. Find out more about the park and where you can access it on the National Park website.

Six Flags America is located just outside of Washington, D.C., in Upper Marlboro, MD. It offers fun for kids of all ages, including daring rides, live entertainment, shopping, and dining. The Bourbon Street Fireball is a new ride opening in 2015. This looping roller coaster stands seven stories tall and swooshes through several thrilling full-circle revolutions at top speed. The Fireball joins a gut-wrenching lineup including the Apocalypse, a stand-up roller coaster; and the Batwing Coaster, which reaches speeds of up to 50 miles per hour as you drop 10 stories. When you’ve had your fill of roller coasters, cool off at the Water Park!

You can easily spend a day exploring Brookside Gardens, a beautiful 50-acre garden located in Wheaton, MD. The gardens are about 30 minutes from Washington, D.C. and The Wayside Inn.

Open year-round, Brookside Gardens has been divided into several different areas, each with its own focus.

The Wayside Inn is located in Ellicott City, Maryland – about 30 miles from Washington, D.C. and Baltimore. It is a convenient, central place to stay during your visit to the Baltimore area. Our Ellicott City bed and breakfast is a romantic retreat from everyday reality. It’s the perfect place for you to escape. After a day spent sightseeing, come back to The Wayside Inn where you can relax in one of our six beautiful, quaint rooms. Wake up refreshed and enjoy a delicious gourmet breakfast that you’re sure to love.