A mere fifteen minutes from The Wayside Inn in Columbia, MD, lives an amazing amphitheater nestled within the 40 preserved acres of Symphony Woods: Merriweather Post Pavilion.  Named after the American socialite and founder of General Foods, Marjorie Merriweather Post, the venue offers an spectacular array of concerts and other events that draw thousands of […] 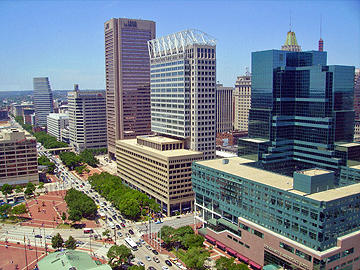 We recently found this very appealing site we had to share: WhereTraveler.com, which provides city guides and tourist information for many major US cities and even a handful of international cities. If you’re staying at The Wayside Inn, check out the Baltimore Guide (photo of Downtown Baltimore pictured to the left) and the Washington DC […] 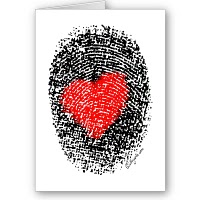 February is the shortest month (even with the extra day this year), yet it often feels like the l-o-n-g-e-s-t month. In this part of the country, the cold weather is slowing everyone down, and we can feel stuck in this “tweener” period between the winter holidays and the spring. What to do this month? What […]

It would feel a bit strange to make a big, loud announcement about the new Charles E. Miller Branch Library & Historical Center, which opened in Ellicott City (about 5 minutes away from The Wayside Inn) on December 17th, 2011, so we’re making this quiet, unassuming post to share some interesting info about the newest […]

Enter to Win a Romantic Getaway…

Hmm…what romantic holiday is coming up soon? Yes, it’s almost Valentine’s Day! And we innkeepers love to facilitate the celebration of this special day. Most “BnB” owners are big romantics at heart, which is one of the reasons we got into this business in the first place (but that’s another blog post altogether…). This year, […]

One Sunday a month at 3pm, various chamber musicians gather at the Christ Episcopal Church in Columbia, Maryland to play for local music enthusiasts as part of a concert series that’s aptly named: “Sundays At Three”. The musicians who play include: “Baltimore Symphony Orchestra Members, Baltimore Chamber Orchestra Members, Guest Performers with U.S. and International […]

Well,  one good reason is: because we get really lonely when nobody’s around! But seriously, there are many reasons people opt to stay at B&B’s including: – You’re treated as a guest rather than a customer, and it shows. B&B’s are usually owner operated and the owners go out of their way to personalize your […]

We do, too. And, have you noticed how packed the mall parking lots have been? Susan and I were thinking of just walking from The Inn to the Columbia Mall (4.25 miles) and saving ourselves the time and aggravation of trying to find a parking spot (and, if we parked in a satellite lot, our […]